Biograd is a city with a past, and its intriguing traces may not be immediately recognizable to the eye. They are waiting to be discovered by strolling along its streets and observing its town squares, where some startlingly amazing discoveries will come to light. You’ll learn that Biograd, in a former lifetime, was the capital of Croatian rulers where, in 1102 Hungarian-Croatian King Kolomon was crowned. Tucked away from the tourist beat, true cultural treasure awaits you in our Museum of Culture and Heritage. As a twist of history, the infamous sinking of the Venetian vessel in the 16th century brought an assortment of fascinating items to our doorstep, more than 10,000 in fact, which are now featured in a unique exhibition unlike any other that you’ll find along the Adriatic shoreline. The story will continue to unfold, as told in the museum and the numerous churches: All you must do is see and hear the murmurings within their interior, which through the powers of observation, will transmit a type of time-travel through cultural storytelling! 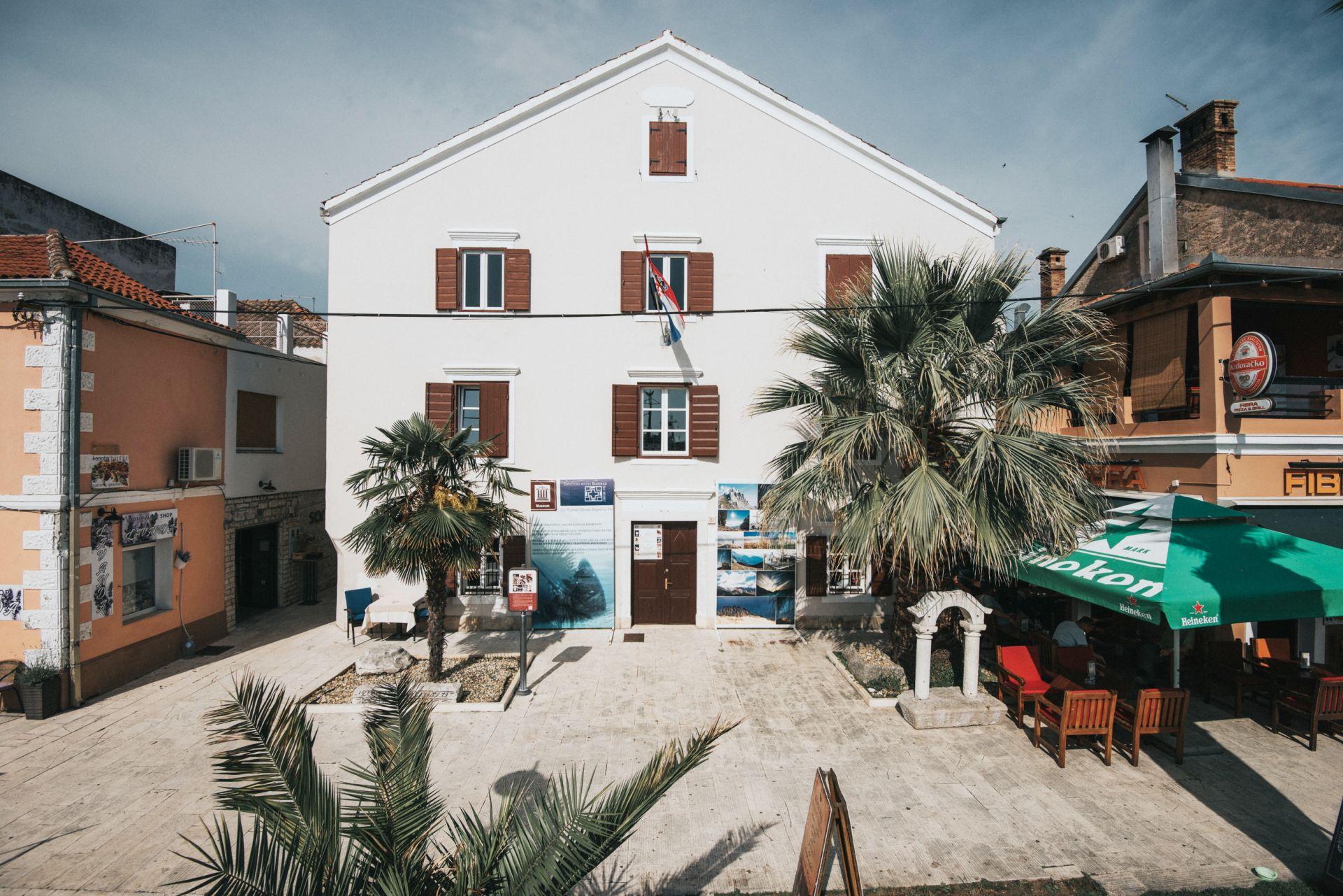 During hours with the most intense sunshine, except under the cool shade of the pine trees, choose the cool and delightful Heritage Museum of Biograd located on the seaside walkway also known as “the Riva”. Think of it as engaging on a treasure hunt! The heritage museum, along with all the other exhibits, have concealed the true attraction and magnet with visitors in search of the unique exhibit on the Jadran known as “Cargo from a sunken ship from the 16th Century" with over 10.000 exceptionally fascinating objects.

Do you know who is providing your divine protection during your visit in Biograd? Just like all the residents of Biograd care deeply for Sv. Stošija (St. Anastasia) who is the protector of the city and for whom the the parish church was built in the mid-18th century, in the Glavica district. She was a martyred saint from the Srijem area, not terribly far from Dalmatia. The interior has an array of special features, and affixed to the highest gable is a statue of the patron saint herself, who gazes over and protects the city below. 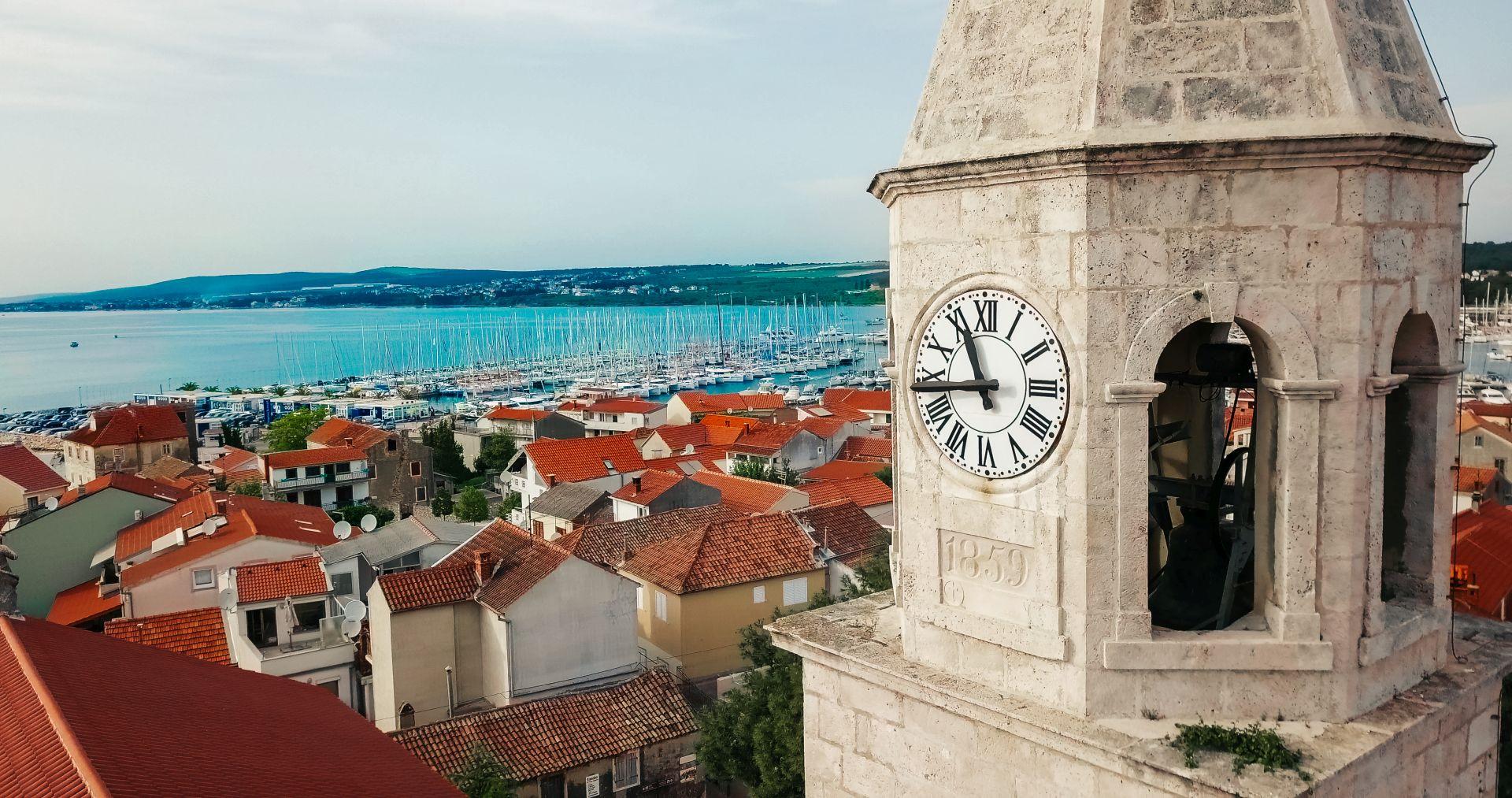 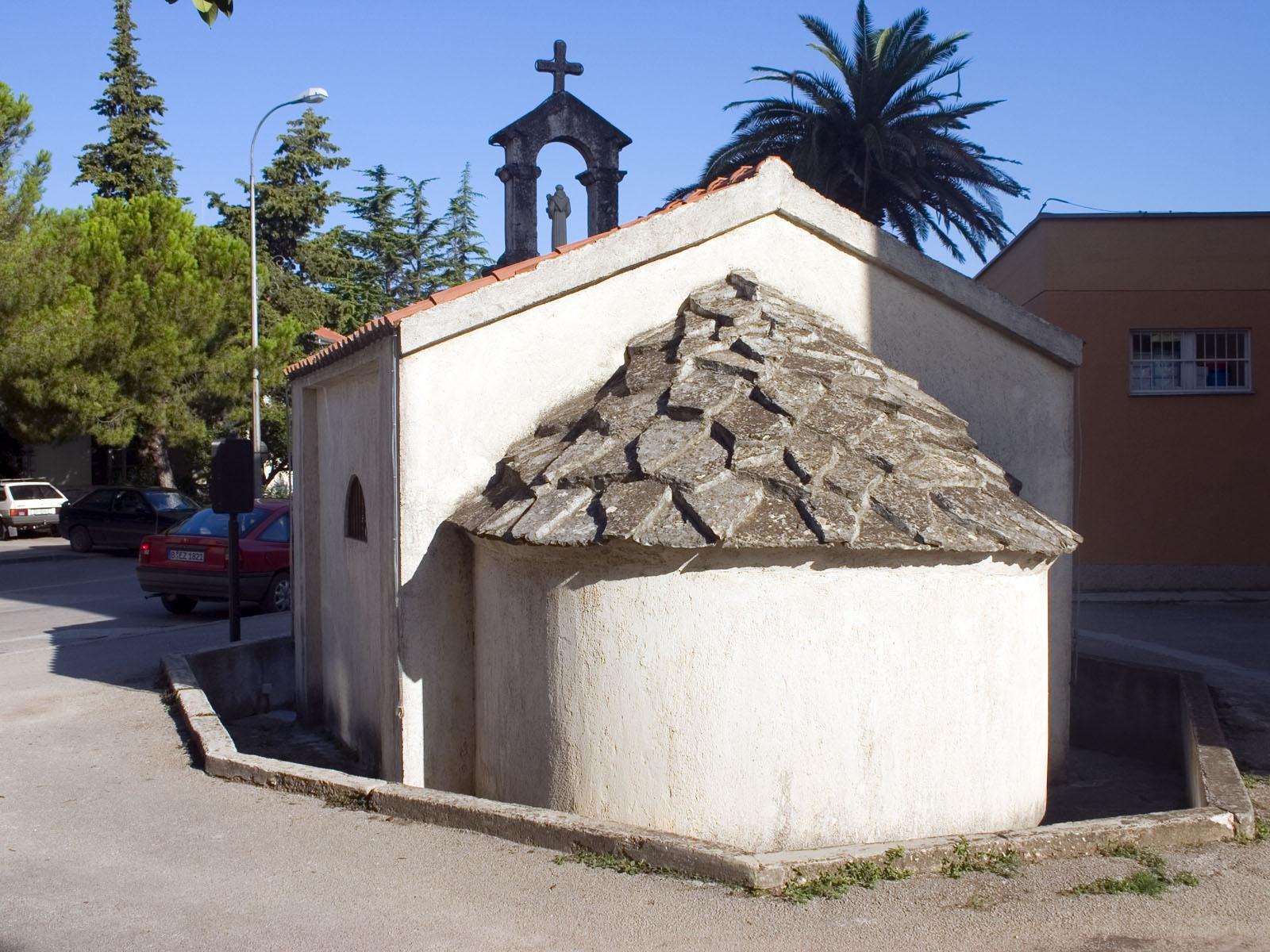 The church of St. Anthony was built in the mid-19th century. It is interesting, because when it was commissioned to be built, it was located exactly on the shore, at the edge of a huge bay called Jaz. A few years later at the beginning of the 20th century, Jaz was drained, and the new city was built, leaving St. Anthony surrounded by homes and other buildings. This one-nave church is covered with a wooden roof while the half-moon shaped apse is domelike, covered with stone slabs. At the central entrance, the fascae is dominated by a belfry in the shape of a horsetail (? Preslice).

Did you know: this church was first mentioned in a will and testament naming the church as recipient of an entire olive grove? It’s true. The first written record of this tiny church may be found in a will dated 1653 in which Franica, the wife of Ivana Senjanina, left behind in her will: To the „Church of St. Rocco, which is at the entrance to our village“. St. Rocco is the saint best known as the protector from the plague. The church was built in the late 16th or early 17th century. The church interior is dominated by a gold leaf baroque-style altar from the 18th century. 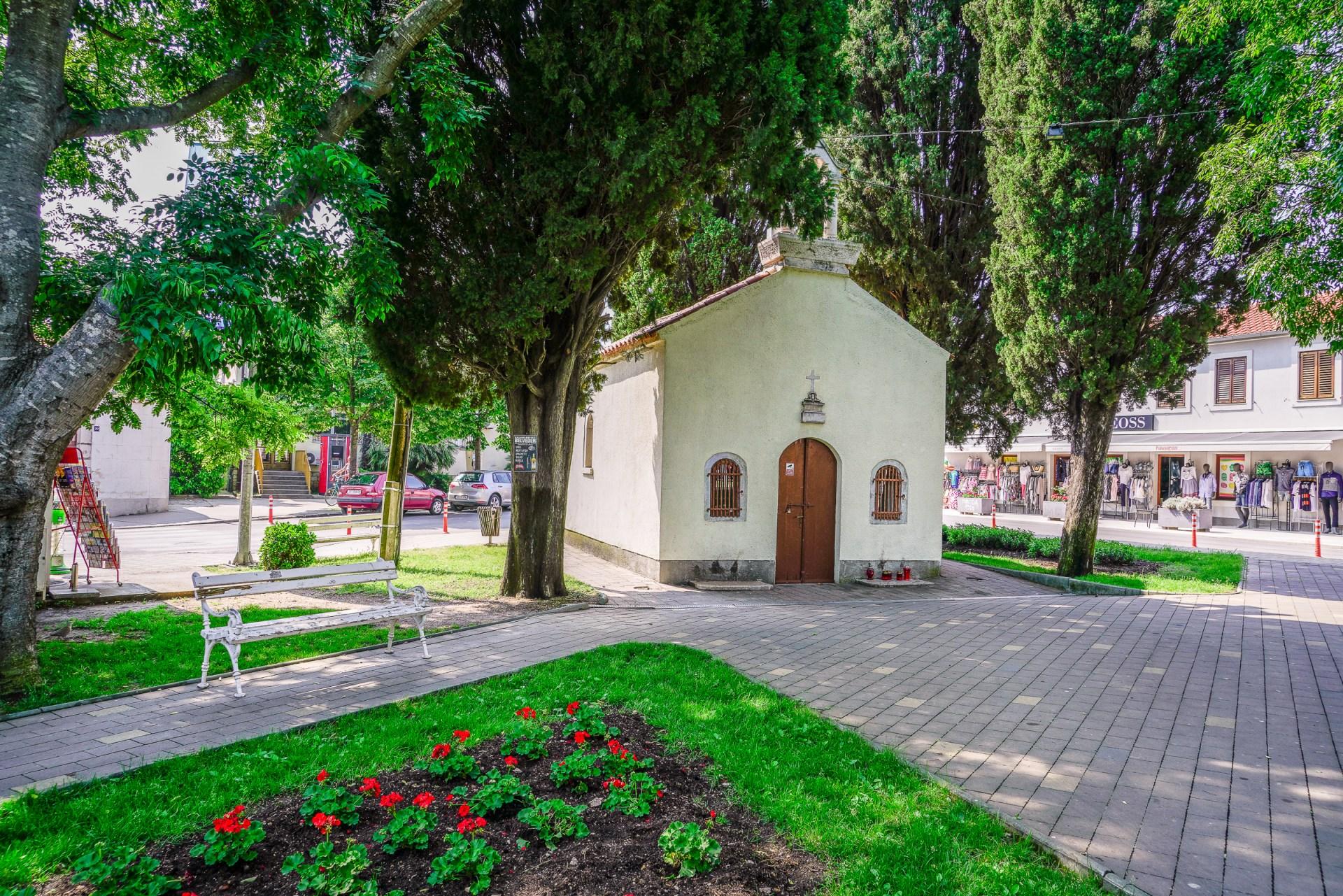 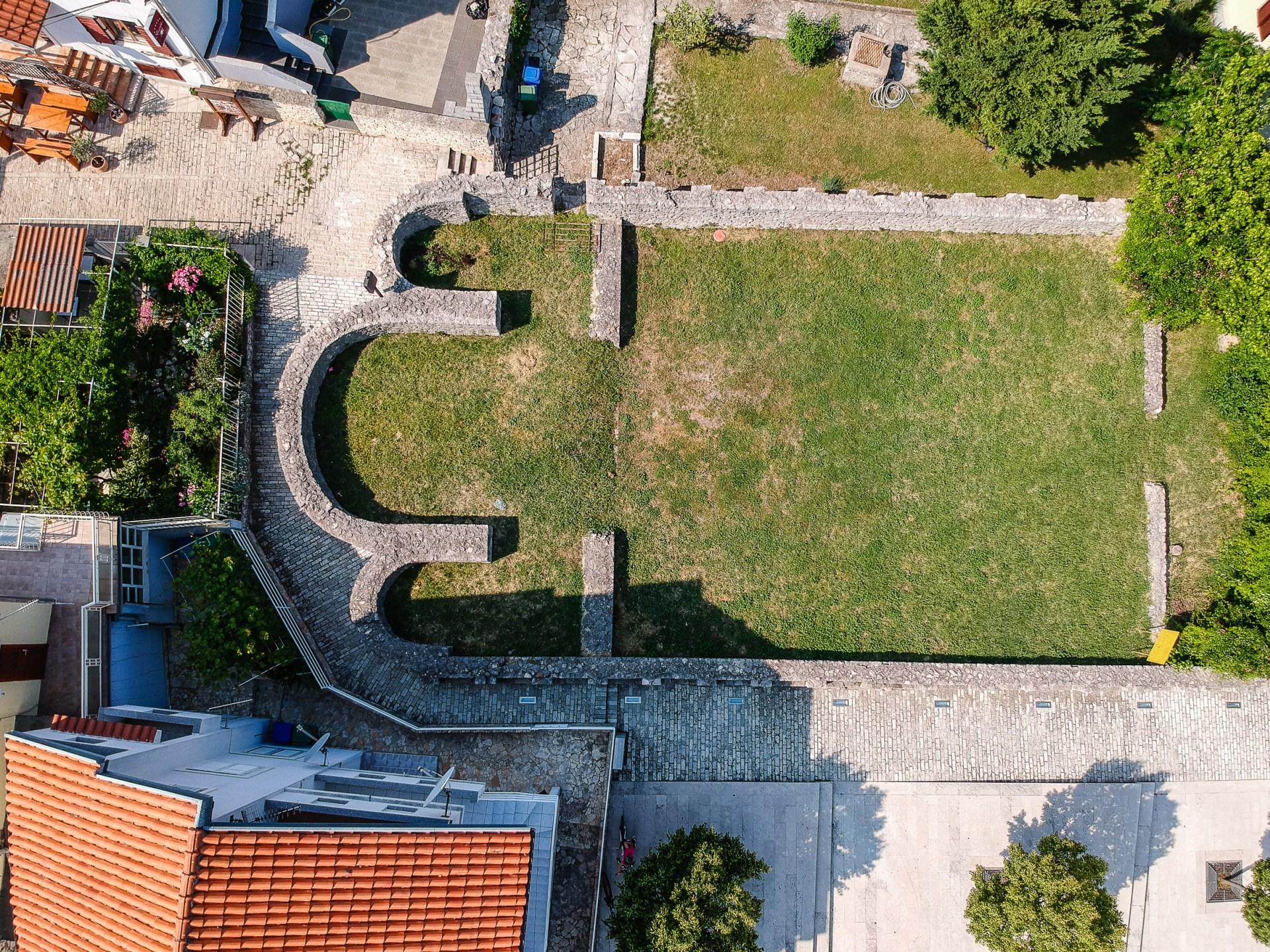 Basilica of St. John the Baptist

The remains of St. John the Baptist Basilica clearly shows the temperament of Biograd’s stormy past. This Benedictine seminary was built in the 11th century by Croatian king Petar Krešimir IV. However, the seminary “survived” only one century because the Venetians, upon succeeding in their conquest of Biograd, destroyed it, razing it practically to its foundation. The Benedictines, luckily, managed to escape, and under the leadership of their abbot, settled in Šibenik. Four years later, they permanently relocated to the island of Pašman, where on Cokovać hill, they moved into the church of Saints Kuzma and Damian.