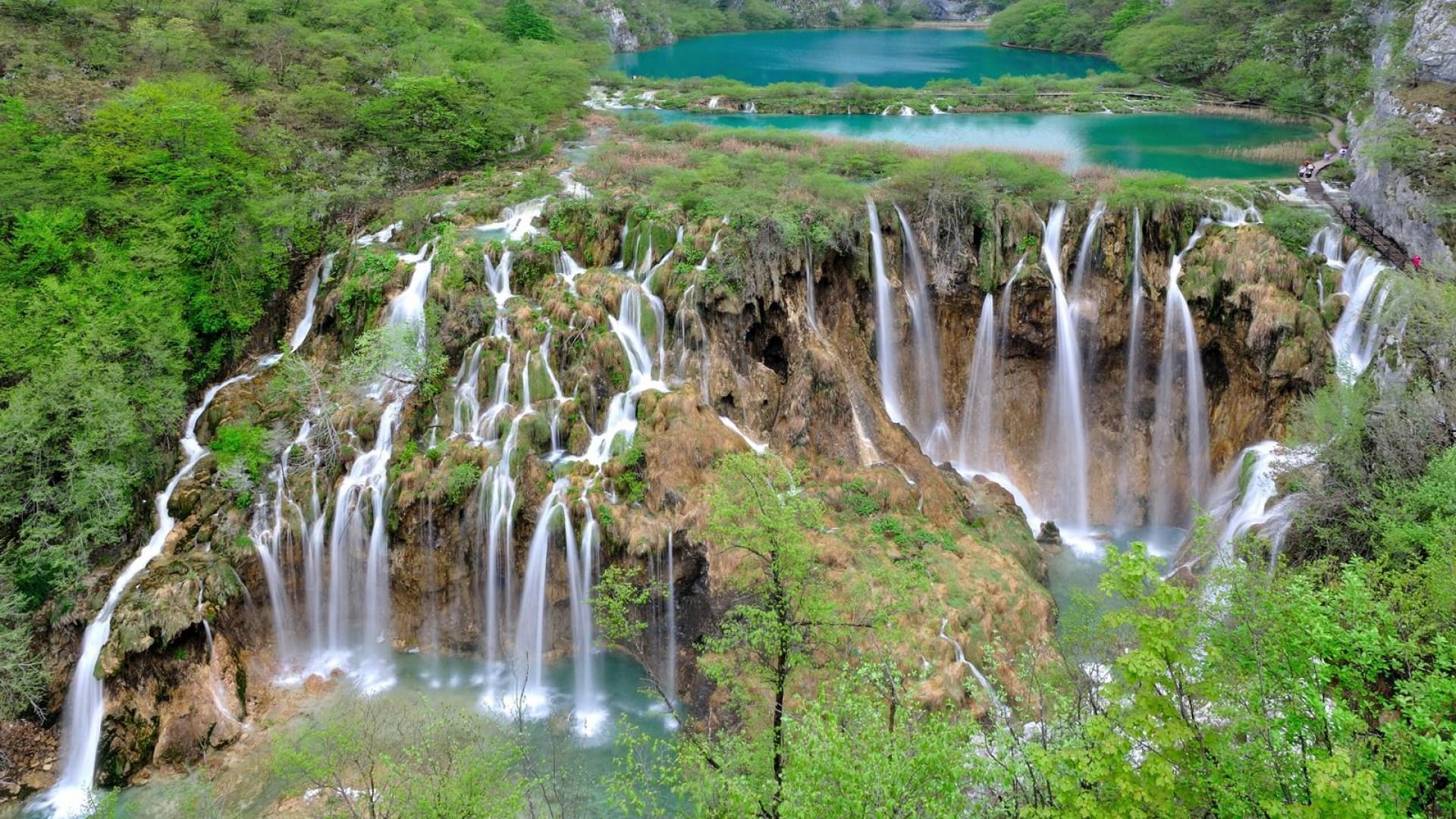 Adorned in all its natural beauty, Plitvica is very famous, and, along with Dubrovnik, has become synonymous with Croatia itself. Naturally, our guests rarely miss the opportunity to experience Plitvica Lakes National Park firsthand, placing it on the A-list of places to visit while in Croatia.Its famous turquoise lakes with numerous walking paths lead you to waterfalls and rich forest vegetation, providing an idyllic landscape which may be visited year-round. Plitvica is Croatia’s first National Park, as well as its largest. Thanks to its landscape which evolved via calcification, it was officially recorded on the list of UNESCO World Heritage Sites in 1997.


Plitvica consists of 300 km2, and the greatest percentage of the Park is surrounded by forest. A smaller portion consists of grassy fields, and as its visitors attest, the most interesting and attractive areas are its lakes, which amounts to only 1 % of its grounds! This tiny percentage far and away inspires the beauty and harmony of the lake ecosystem, consisting of 16 specially named lakes, as well as several smaller unnamed, cascade-lined lakes. As an exclamation point, the lakes come to an end with the imposing Sastavci waterfalls, under which originates the flow of an entirely new river, the Korana.


Plitvica Lakes National Park offers its visitors a full array of sightseeing options via eight boat excursions as well as four hiking routes. Bicycle enthusiasts may also successfully navigate the National Park, and when the snowflakes begin to fall, new opportunities arise for sledding and skiing.


Transportation includes electric boats on Lake Kozjak, as well as a special train for visitors, which requires a valid Park admission pass in order to board.


Taking into consideration the exceptionally great number of visitors to the Plitvica area, you can most certainly find hotels, guest houses, camps, shops and souvenir stands to your heart’s content. We want to mention that in the course of exploring the area, and while gazing at the beauty of the waterfalls, be sure to respect the rules of visitation, and, despite the amazing photographic opportunities, to remain alert and aware of your surroundings at all times.